Important: All self-help groups are in Dutch, unless stated otherwise.

The AD(H)D group
For anyone who has AD(H)D and who wants to talk about this with others.

Anxiety
For people with an anxiety disorder.

Autism
For people with autism or related disorders.

Bipolar disorder
For people who suffer from Manic Depression.

Borderline
For men and women with borderline issues.

OCD
For all people with an obsessive compulsive disorder who suffer from obsessive thoughts and/or compulsive actions.

Running group de Oppeppers (Boosters)
For anyone who wants to run for mental health.

Labyrint- In Perspective Eindhoven and surroundings. (Foundation)
For family members and directly related people (among others care-givers) of people with mental and psychiatric problems.

T.S.S. (PTSD)
People who suffer from a posttraumatic stress disorder.

Trauma group, for people with different kinds of traumas.
People with a posttraumatic stress disorder.

Vermoeide Helden (Tired Heroes) 2013, Helmond region
For men who have had a break-down after a traumatic event (often work-related).

Ypsilon Eindhoven/De Kempen
For family members of people with an increased vulnerability to psychosis.

Ypsilon Helmond and surroundings.
For family members of people with an increased vulnerability to psychosis. 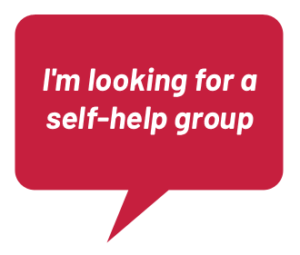